Splendour in the Grass 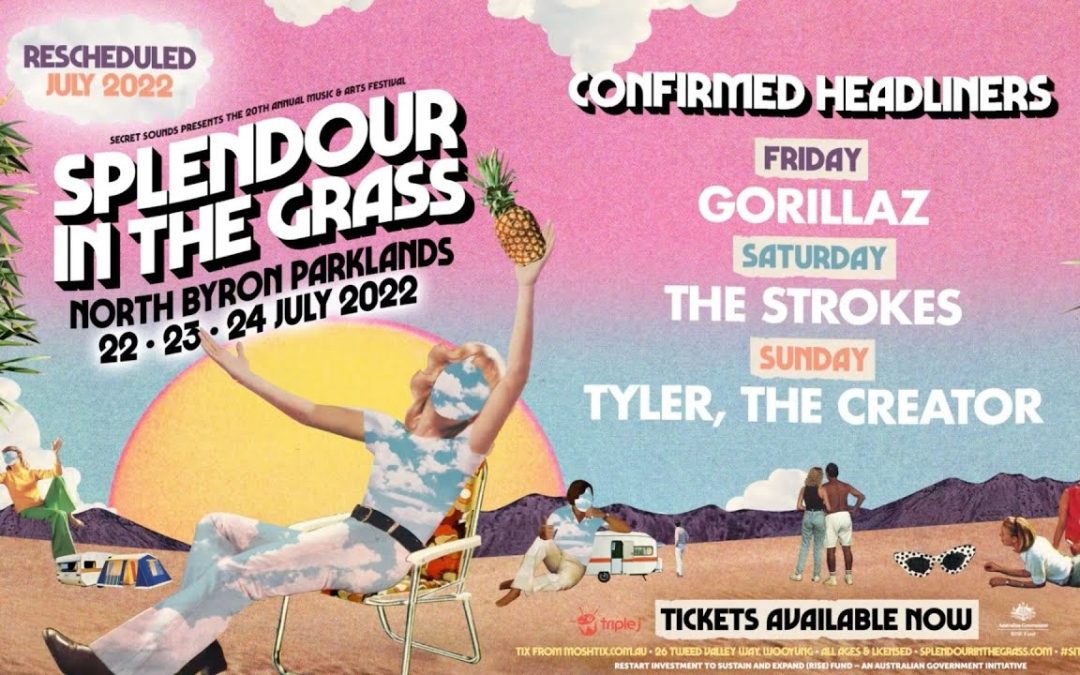 Splendour in the Grass will go ahead in July 2022 and the lineup is every bit as impressive as it was for the cancelled 2020 and 2021 events.

The lineup retains many of the artists slated to appear at Splendour’s abandoned 20th anniversary instalments over the last couple of years. There’s Gorillaz, who’ll headline the opening night on Friday, 22nd July; The Strokes, who’re headlining night two; and Tyler, the Creator, who’ll bring it home on Sunday, 24th July.